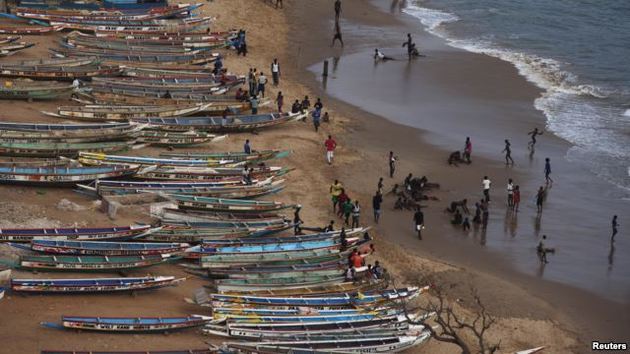 YAOUNDE - Officials from 24 African countries met in Cameroon last month and called for China to stop illegal fishing off the West African coast. In some areas, Chinese fishermen have pushed their local counterparts back to shore, depriving them of their jobs and livelihoods.

Former fisherman Bisso Frederick, 32, now sells sandwiches in the Cameroonian town of Limbe, on the West African coast. He says he and his colleagues were forced to abandon their jobs three years ago.

Bisso says they have lost their jobs to Chinese fishermen who have taken over all fishing areas. He says they are very worried the government of Cameroon has allowed foreigners to do little jobs Cameroonians should have been doing.

In a 2013 study, the international environmental group Greenpeace reported that the number of Chinese fishing boats operating in African waters soared from 13 in 1985 to 462 in 2013.

The report said there were 114 cases of illegal fishing over an eight-year period in the waters off Gambia, Guinea, Guinea-Bissau, Mauritania, Senegal and Sierra Leone. It said the boats were operating without licenses or in prohibited areas.

Amadi Diop, who is in charge of the program for aquaculture and fishing at the New Economic Partnership for African Development says such illegal activity is making African fish farmers poorer and destroying the environment.

He says the $24 billion fishing generates annually in the African continent is threatened by people who are taking far more fish from African waters than can be replaced by those remaining, with the changing climate. He says the people who are suffering most are small scale, low-technology and low-capital fish farmers who contribute 46 percent of the total revenue generated against industrial maritime fishing that contributes 33 percent.

The head of the regional commission for fishing in the Gulf of Guinea, Emile Essema, says the problem is getting worse because many African countries are not investing in their fishing sectors.

He says the fishing sector is still neglected by many African states and that is why African heads of state are being encouraged by the African Union to dedicate resources to boost fish farming and aquaculture. He says fishing can generate riches, solve food and nutritional crisis, provide jobs for millions of unemployed youths and develop nations.

The African Union convened a meeting in Yaounde last month to discuss the issue. Representatives called for African states to dedicate more resources to fishing and improve the lives of more than 90 million people they say are involved in "small-scale fishing activities."