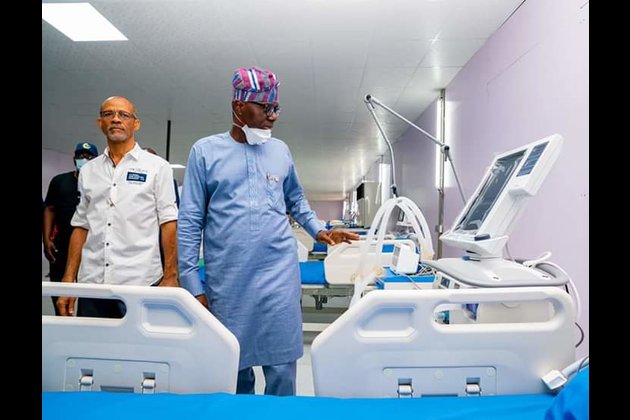 The Nigerian government said it would reverses school resumption which was planned earlier as the number of COVID-19 cases in the country topped 30,000.

ABUJA, July 9 (Xinhua) -- The Nigerian government has said it considers the reopening of schools unsafe for now, as the number of COVID-19 cases in the country topped 30,000.

Late Wednesday, the Nigeria Center for Disease Control confirmed 460 new cases to increase the national tally to 30,249 so far. The figure includes 684 deaths and 12,373 recoveries since the index case was recorded on Feb. 27.

The increase in COVID-19 cases worries the Nigerian government and the reopening of schools, earlier planned for Monday, might be very dangerous at this time, Adamu Adamu, the education minister told reporters in Abuja on Wednesday.

"Our schools will only open when we believe it is safe for our children and that is when the situation is right, not when the number of COVID-19 infection is going up in the nation. So, I just want to make that clear," said Adamu.

On June 29, the Nigerian government had announced it was considering the safe reopening of schools to allow students in graduating classes to resume in-person in preparation for examinations.

The education minister said with the latest decision, it will no longer be possible for students to prepare for or participate in any exams, including the external one conducted by the West African Examination Council (WAEC).

"Unless it is safe for our students because WAEC cannot determine for us what we do, schools will remain closed," he said further, calling on schools that had already decided on resumption dates to rescind their positions.

Schools were shut across the country on March 19 due to the COVID-19 pandemic. Some school authorities had adopted alternative modes of learning for students at all levels.

Local analysts and interest groups had earlier cautioned the government on the reopening of schools, with some of them describing it as "premature" for now.

On Monday, the Nigerian government had announced that it would go ahead with the decontamination of schools against the spread of the COVID-19. The exercise had already begun across the country on Tuesday.

The decontamination exercise was being held in preparation for the resumption of class activities, said Muhammad Mahmood, the Minister of Environment.

Mahmood had told reporters in Abuja that the schools would be safe for learning activities with the disinfection exercise, adding an earlier plan to carry out disinfection was delayed for lack of personnel.

He said another reason for the delay was that chemical disinfectants were not long-lasting.

"It is better to disinfect and decontaminate within a short period of time so that the kids will be going back into these classes when they have been freshly decontaminated," the official added. ■