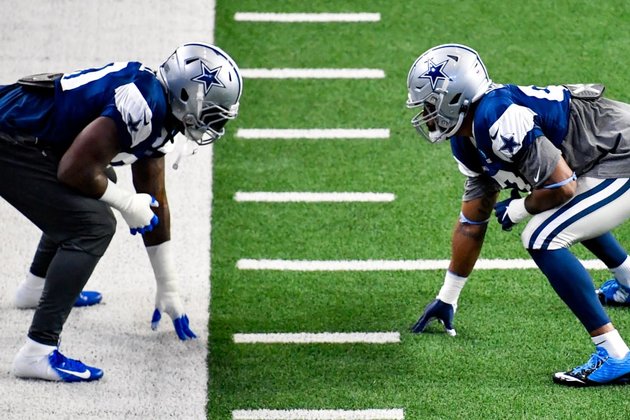 FRISCO, Texas - Funny how 60 minutes of football can change nine months of narrative.

What's that old quote from Mike Tyson that everyone loves to throw around? "Everyone has a plan until they get punched in the mouth."

That's what Week 2 is feeling like in the wake of that 20-17 loss to the Rams. Now, this is not to say it's overly surprising that the Cowboys are 0-1. They played a talented team in their first game after a weird offseason. That stuff happens.

I think that's got people feeling nervous is what they looked like. It's one game, but man that team we saw Sunday night had a lot of familiar hallmarks of the same stuff we saw last season.

So for Week 2, I've got some takeaways - good and bad - on where it goes from here.

1. Hopefully I'm exaggerating, but I think it's a really big deal that Blake Jarwin is done for the year.

I know he only had one catch for 12 yards when he suffered the season-ending torn ACL. But I thought Jarwin would be the Cowboys' best bet toward opening up the middle of the field, especially on nights like Sunday, when the opposing secondary was camping out to prevent deep routes.

Jarwin exited in the second quarter, and Dalton Schultz struggled to fill the void - most notably on a 2nd-and-6 in the fourth quarter, when he dropped a pass that would have set the offense up with a 3rd-and-1 on the L.A. 9-yard line.

I think Jarwin makes those types of plays more often than not. And I think his athleticism would've been a big deal for this offense. That's why I predicted him to catch as many as 10 touchdowns in this column last week.

This offense is still plenty talented, so it's not the end of the world. But I think the coaching staff might have a pretty hard time replacing that production.

2. As I alluded to, a big part of that is the simple lack of replacements.

Schultz struggled Sunday. Blake Bell only played eight snaps behind him. And furthermore, in five NFL seasons Bell has caught just 38 passes. He hasn't caught more than eight balls in a season since 2015. It just hasn't been big part of his game.

Rookie tight end Sean McKeon was a healthy inactive in L.A., and it's a good bet that he'll make his NFL debut this weekend. Cole Hikutini is also on the practice squad, and it's possible he could be called up.

All four of those guys have combined for 557 receiving yards across 10 combined NFL seasons. The production quite simply isn't there.

3. Asked about that on Thursday, Mike McCarthy talked about the importance of timing and chemistry with the quarterback. He said the coaching staff will be mindful of what they're working with while they build out the game plan moving forward.

"Make no mistake about it: Not having the spring reps affects part of your thinking. You want to call the concepts and routes that you believe in and are sync and that's why you practice the way you do in season," he said. "You're always building on concepts, trying to build up that bank account of rhythm and timing in all your perimeter routes, whether it's the tight ends or receivers and those are things you want to be able to call on in games especially in critical points in games."

Obviously, that doesn't really answer the question of how they'll use the position without Jarwin - and obviously, McCarthy isn't about to give that away. Perhaps Dalton Schultz will simply be the next man up, or perhaps they'll retool the way they view the position by using more receivers and backs to offset the injury.

If you read by predictions in last week's column, you're well aware that I'm wrong all the time. But I just have this sneaking suspicion that the Cowboys might have to look outside their roster for tight end help before it's all said and done.

4. It's already Thursday, so I'm not going to waste too many words on this.

You don't have to agree with the 4th-and-3, but I'll tell you why you should be encouraged by it.

It's 3rd and 6 on the L.A. 14-yard line. Kellen Moore said Monday that he called for a look that would give the Cowboys' offense a choice between a shotgun handoff to Ezekiel Elliott or a pass - likely a flare out to Cee Dee Lamb, breaking left into the flat.

The Rams came to the line with five in the box -- four down linemen and a linebacker. There was a sixth man nearby, but he shaded out toward the boundary to keep an eye on the Cowboys' receivers.

Against that look, the Cowboys opted to run. You might not love the call, but it clearly signifies this coaching staff was considering going for it on fourth down before the ball was even snapped on third down. It's a level of anticipation we never saw from the previous coaching staff.

It didn't work. I get it. Perhaps the Cowboys should have kicked the game-tying field goal. But not only did I love the aggressiveness of the call, I loved that they had a plan in place before it ever got to that point.

5. Don't get me wrong, the Dallas pass rush wasn't good in Week 1. But I don't think I'm ready to hit the panic button yet.

The hand wringing is understandable. The Cowboys only managed one sack against L.A., and it never seemed like Jared Goff was truly flustered. Given the number of Pro Bowlers on the Cowboys' defensive line, it's fair to feel concern about the lack of pressure.

If you go re-watch Jared Goff's 31 pass attempts, though, it starts to make a lot more sense.

6. It should be obvious to everyone that the Rams' plan was to mitigate the pass rush.

The vast majority of Sean McVay's play calls were either quick throws or plays that were designed to get Goff moving. Personally, I charted three bootlegs, six screen passes and at least a handful of three-step drops. The Rams also leaned heavily on play action to keep the defense from committing to the pass.

Obviously, a lot of this worked, and it kept the Cowboys off balance. The opportunities for Goff to stand in the pocket and deliver were so few and far between, it was almost surprising to see them.

On several occasions, the Cowboys made the most of those opportunities. DeMarcus Lawrence and Everson Griffen each managed to get far enough upfield to bat down passes. Griffen also forced an intentional grounding in the Dallas red zone. Aldon Smith managed a sack, and he also hit Goff on the throw that wound up being intercepted by Chidobe Awuzie. On the very next series, Griffen and Lawrence both beat their blockers around the edge and forced Goff into a bad throw that was batted and nearly intercepted by Trevon Diggs.

All of this is to say that, when the Rams actually gave them the opportunity, there was some good stuff. They might not be as terrible as we thought on Sunday night.

7. Of course, the problem is that other teams are going to watch this tape. The Cowboys aren't going to force anyone into a more traditional passing game until they prove they can do something about screens and quick throws. Tackling and recognition are going to have to improve if they're going to expect anyone to hang in the pocket long enough to take a sack.

8. Totally unrelated to the Dallas Cowboys, but I can't believe the depths of my own depravity.

I knew I'd be invested in Joe Burrow's pro career. As an LSU alum, he helped provide me with some of the best memories of my sporting life.

But I never thought I'd be this invested in the Cincinnati Bengals. When Burrow's game-winning touchdown pass was nullified by an iffy offensive pass interference penalty (sound familiar?), I felt as though someone punched me in the gut. And as I finish this column on a Thursday morning, I'm beside myself with excitement to rush home and watch Burrow and the Bengals take on the Cleveland Browns on Thursday Night Football. I must be the only non-Ohioan in the world who cares.

I have a sickness. Please pray for me. Until next week.

Don't miss the chance to see the Cowboys at AT&T Stadium when they take on the Atlanta Falcons in the first regular season home game of the 2020 season on Sunday, Sept. 20th. Click HERE to buy your tickets now!

Details on all of the health and safety procedures you can expect at AT&T Stadium this season can be viewed at www.DallasCowboys.com/safestadium. 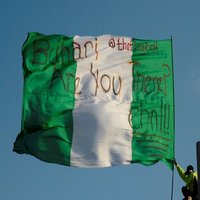 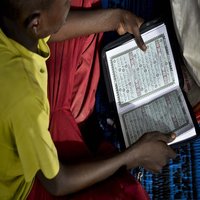 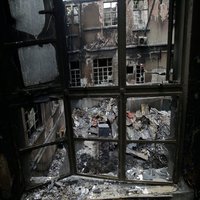 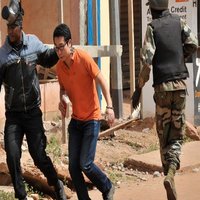 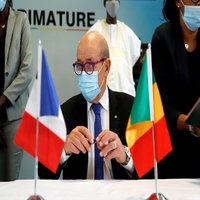 Nigerian official says resurgence of COVID-19 possible due to protests 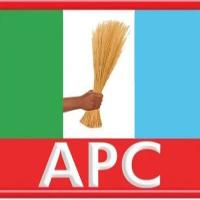 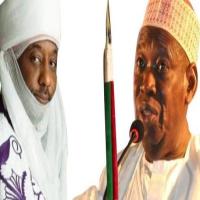 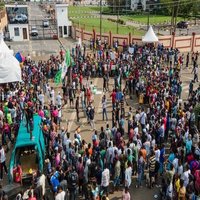 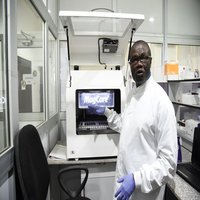 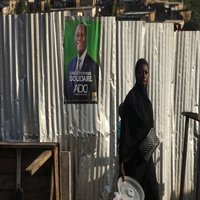 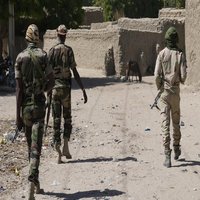 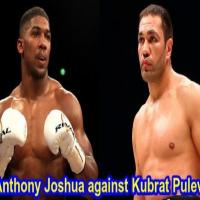 Why has protest music dried up in Nigeria?

US Citizen Kidnapped at Gunpoint in Southern Niger

Nigerian official says resurgence of COVID-19 possible due to protests

Sanusi; Rejected By The North, Accepted By The West News

Why Sanusi Refused To Challenge His Deposition In Court News 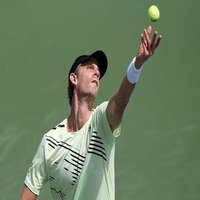 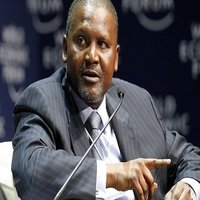 In a democracy, all voices should be heard 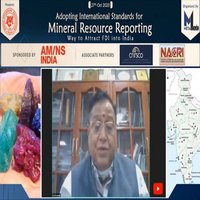 Need for a change in Mineral Reporting Standards: NITI Aayog 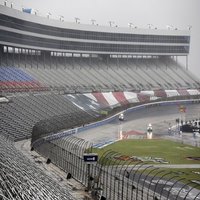 India to the fore as U.S. continues pushing back on China

3.2 million people in Yemen on brink of starvation

Risks of air travel during pandemic exposed in scientific study

Despite polls, Trump still well in the race 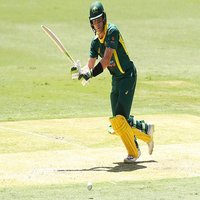