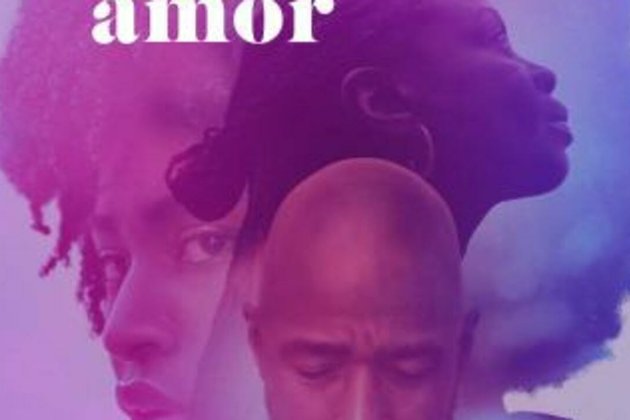 Reuniting a family after 17 years of separation proves to be an almost impossible task for a family in Tanzanian writer-director Ekwa Msangi's Farewell Amor, a gripping drama set in Brooklyn, New York.

Inspired by a true story of Msangi's aunt and cousin who had been apart from her US-based uncle for 24 years, she based the story on the 'what if' factor. Sadly, her uncle recently died, which makes Msangi's fiction even more heartfelt.

The story opens at John F. Kennedy Airport in New York, where Walter, a taxi driver, picks up his wife, Esther, and teenage daughter, Sylvia. The family, originally from Angola, fled the civil war to Tanzania, where Esther and Sylvia remained until this reunion, nearly 20 years later.

"I love Angolan music and I wanted to include that in the film as a tool the family uses, as a language in fact, in order to reconnect with each other and themselves," Msangi tells RFI, after a screening of the movie at Cinema Neerwaya in Ouagadougou for the Fespaco Pan-African film festival.

Not wanting to sacrifice their points of view, Msangi wrote the script to show the same event from each family member's perspective.

As in thestory based on her own family, Msangi's characterization of Sylvia, the teenage daughter, played by Jayme Lawson, comes from her own experience of immigrating to Brooklyn, where she now lives.

"You think it will be so easy and you'll be living the life like you see in all those music videos," says Msangi.

"It's not until you actually get there that the experience can be very shocking. It's also very different depending on your class," she adds.

Sylvia starts high school and tries to manoeuver through a new school with no friends, but then finds some escape in dance.

In one of the most compelling moments of the movie, her father sits her down to tell her that white Americans feel threatened around black people, but she should always be able to express herself through dance.

Dance is her escape, and although she doesn't know it yet, it is also her father's.

An avid dancer, Walter, played by Ntare Guma Mbaho Mwine, lets off steam on the dance floor. In fact, it is the way he met Esther, her mother.

However, Esther, with Zainab Jah in the role, has, in the meantime, become a very religious person, even trying to prevent her daughter from dancing.

She wields religion like a shield to protect herself. The US is now her third country, and she takes solace through prayer.

"Esther's character was a conglomeration of a lot of aunties that I have who lean on religion and Jesus for their survival, for hope, for answers, for all that ails," says Msangi, adding that prayer is their go-to when things get hard, or when they are trying to get visas to come to the States.

Some of it can get a little intense and maybe questionable in terms of what participation in the church looks like," says Msangi, noting that some churches in Tanzania and other countries, including the States, require you to give them all your money.

"Not [all] are quite as predatory, but they do exist. And I wanted to be able to discuss that as well," she adds. While some may find churches like this insupportable, she maintains that this is what keeps Esther going.

One minor character who plays an important role is that of Linda, Walter's girlfriend, played by Nana Mensah. A dancer herself, they probably met as plutonic dance partners and later fell in love.

Esther tries to get information about Linda from Nzingha (Joie Lee), the neighbor, but eventually Walter tells her all, revealing that Linda was the one who pushed him to keep trying for the visas.

"There's love and there's pain involved in that and what we get to see is them struggling to do the right thing - or is it?" says Mwangi.

"There is a Team Linda that exists-a lot of people thought it was a grave injustice to her and perhaps they're right, but I'll leave it for the audience to decide," she says.

Writing from personal experience, she admits she takes artistic license with a number of parts of the script, including the fact that the Angola is nowhere near Tanzania.

But Mwangi's love of Angolan music and the necessity of having the characters speak English for the most part propelled her decision to play with reality a bit.

The sentiment, however, is real. As a Tanzanian who moved to Brooklyn, New York, Mwangi wanted to characterize Sylvia's struggle among the true backdrop of immigrant life.

"Unfortunately there's much friction between Black immigrants who come to the US and African-American people who live in the US, just because of how little information there is, how much misunderstanding there is of what our histories are," she says.

"'Why can't African-American people get it together? Why aren't things better for you? Why don't you go to school? It's free. Your life should be so much better!' Those are questions that are intentionally presented to the rest of the world about the conditions in America and they're false," she says.

Dealing with Covid-19 over the past year, the murder of George Floyd, and the Black Lives Matter movement has been a revelation for some people, who have seen that people of color in the US have been struggling.

"As a Black person who is a foreigner, and there's ways in which you're exoticized sometimes, so you're put in a different category where you're 'better than' local people, which then creates a lot of tension, but then you walk into this situation blind," she explains, which is seen in a number of the high school scenes.

The challenge is for Walter, Esther, and Sylvia to find their way, and re-experience the intimate family bond that has been missing in their lives for so long. 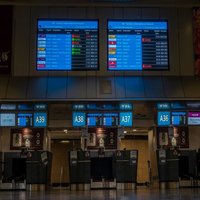