LAGOS, Oct. 20 (Xinhua) -- A total of 343 people were killed and 830 others kidnapped in the third quarter of 2021 in a spate of attacks by gunmen who have been on the rampage in northwest Nigeria's Kaduna state, an official said on Wednesday.

Presenting the latest quarterly security report in Kaduna city, Samuel Aruwan, the commissioner for internal security and home affairs in the state, said 220 people were injured, and 69 gunmen responsible for killing and kidnapping civilians were killed between July and September.

Aruwan said 101 people were rescued during the period under review.

According to the commissioner, cases of banditry and kidnapping are thriving due to "the flow of money which encourages them in the business."

He listed ransom from kidnapped hostages, sales of rustled cattle and small arms trade as the primary source of money for the bandits, adding current insecurity challenge is a major threat to food supply, education and health sectors.

"Banditry has hampered farming activities in the frontline areas of the state. Bandits continue to attack and abduct farmers working on or on their way to their farms," Aruwan said.

"Primary, secondary and tertiary institutions remain under threat from bandits. Teaching and learning activities in frontline areas have been severely hampered. While hospitals and other health facilities in frontline locations are equally under grave threat from armed bandits," he added. 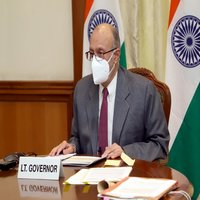