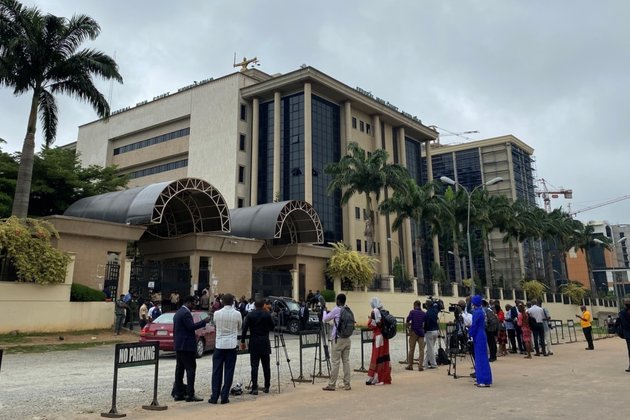 ABUJA - Nigerian prosecutors added charges against separatist leader Nnamdi Kanu ahead of his trial Tuesday. Kanu's lawyer describes the new charges as a 'joke' and says authorities are trying to expand his time in detention.

The amended charges against the separatist were contained in a federal High Court document signed on January 14. But Kanu's legal team said it received the documents Monday, barely 24 hours before the resumption of his trial. 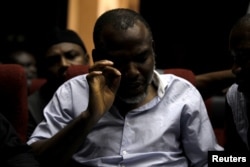 In a statement late Monday, lawyers described the 15-count amended charge filed by the director of public prosecution 'a joke taken too far."

They also alleged that the government was trying to jeopardize Tuesday's trial.

On Tuesday, presiding Judge Binta Nyako adjourned the trial for one day, faulting authorities' late notification of the new charges.

'You can't take plea to counts which have not even been given to you,' said Mike Ozekhome who leads Kanu's legal team. 'The last date of adjournment was 2nd of December, so they had well over one month to have done that and served us. They didn't, so I believe that was intended to frustrate today's proceedings.'

Kanu was already facing a seven-count charge including but not limited to terrorism, treasonable felony and incitement of public unrest and violence.

His lawyers say it is the sixth time Nigerian authorities are amending charges against him.

'The federal government can't play both the judge and jury in Nigeria and I'm a strong believer in the sanctity of the judiciary,' he said. 'This case is a very thirsty one because it bothers on quite a number of things where there are also regional sentiments at play.'

Kanu is the leader of the Indigenous People of Biafra or IPOB, a sect in southeastern Nigeria THAT has been pushing for Biafra to break away from Nigeria for decades.He was arrested by state security agents in June of last year.

Kanu is expected to enter a plea at the Abuja High Court on Wednesday.