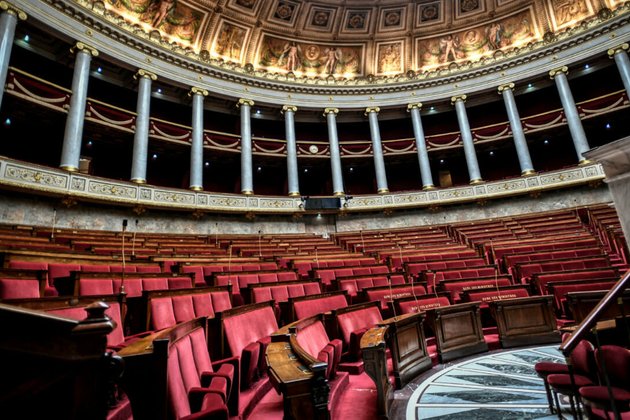 Takeaways from the final round of France's parliamentary elections

Sunday's runoff elections have led to an unprecedented political situation in France: President Emmanuel Macron's coalition has fallen well short of a majority, leaving no single party dominant in the chamber. The left made sharp gains but so did the far right, which surged well beyond expectations and won nearly 90 National Assembly seats. Here are the key takeaways from round two of the legislatives.

For Macron's coalition, winning may not come as much consolation. The president's Ensemble (Together) group retains the most seats in parliament, but Sunday's results dealt a severe blow to a party that for the last five years has held a commanding majority of the National Assembly.

Final results provided by the Interior Ministry give Macron's coalition 245 of the chamber's 577 seats. That's 44 seats short of an absolute majority and more than a hundred-seat drop from the 346 seats it held until this weekend's elections.

That leaves the French legislature without a majority party, an unprecedented situation under the Fifth Republic, and raises major questions about whether Macron will be able to deliver on his agenda - especially major, controversial items such as pension reforms.

Two months after being re-elected president, Macron failed to convince voters to give him the "solid majority" he asked for. What could this mean for the next five years in French politics? Here's a rundown of the key takeaways so far.

No majority for the president's party

For the last five years, Macron's party has held roughly 60 percent of National Assembly seats, allowing it to easily pass laws over the objections of its opponents on the left and right.

Now the president's bloc has been whittled down to about 40 percent of seats, meaning it will not be able to pass any laws without winning over new partners. And the leader of the right-wing Republicains - the party most likely to ally with the president's group - has so far promised to remain in the opposition. That leaves France in uncharted territory.

"It's going to take a lot of imagination" to govern, acknowledged finance minister Bruno Le Maire after the vote.

The left heads up the opposition

The pan-leftist NUPES coalition, led by Jean-Luc Melenchon, was the clear runner-up on Sunday. The group claimed 131 seats according to the Interior Ministry; another 22 seats went to various other left-wing candidates, some of them aligned with NUPES if not running under the coalition label. (This is why most national news outlets put NUPES' tally higher than 131.)

The result falls short of what many predicted, however. FRANCE 24 polling partner Ipsos/Sopra Steria had projected at least 150 seats for NUPES coming out of last week's first round, a threshold that the coalition failed to meet.

Still, leftist leaders cheered the result, with Melenchon describing it as a "total defeat" for Macron's party.

Perhaps the greatest shock of the night came from the other end of the political spectrum, with Marine Le Pen's far-right National Rally winning a record 89 seats. That dwarfs pollsters' predictions and marks more than a tenfold increase from the party's eight current seats.

Le Pen hailed the win as historic, promising to mount a "firm opposition" to the president's agenda while remaining "respectful" of France's institutions.

"The French people have decided to send a very powerful National Rally group to the National Assembly, making it a little more 'national'," she told supporters. Le Pen herself defeated her leftist opponent 61-39 in her northern Pas-de-Calais district.

Jordan Bardella, interim president of the National Rally, called the result a "tsunami" for his party.

Conservatives take a hit but could play kingmakers

The Republicains, longtime standard bearers of the French right, slid from 101 to 61 seats, a sharp setback. They could nevertheless find themselves holding a vast amount of power, with the potential to play kingmaker.

Some prominent members, including the party's former president Jean-Francois Cope, have called for a pact with Macron's camp.

"It's up to the republican right to save the country," Cope said.

But current party leaders have played down this scenario. Republicains president Christian Jacob promised on Sunday that the party would remain in the opposition, while MP Eric Ciotti - who ran in the party's presidential primary - said he could not see himself shoring up "a failing Macronisme".

It was a rough night for many top figures in Macron's entourage.

Prime Minister Elisabeth Borne, who had never before run for elected office, secured a seat in the northern Calvados region, beating her 22-year-old NUPES opponent with 52.5 percent of the vote. But her cabinet position could still be at risk after Sunday's stinging results for the president's camp.

Several current and former ministers, as well as the National Assembly president, lost their races.

Environment minister Amelie de Montchalin and minister for overseas territories Justine Benin were defeated by leftists, while health minister Brigitte Bourguignon lost to a National Rally candidate. All three are expected to give up their seats in government as a result.

Most of the cabinet members up for election won their races, however, many of them comfortably. That includes hardline interior minister Gerald Darmanin and Damien Abad, minister for Solidarity and the Disabled, who sailed to victory with 58 percent, despite facing rape accusations.

Dealmaking in the coming weeks could make or break Macron's mandate.

"I appeal to everyone's sense of responsibility. We must avoid a deadlock," said finance minister Le Maire after the vote, stressing the need for "listening" and "dialogue" among "men and women who share the president's project".

As in the first round, more than half of eligible voters stayed away from the polls. With turnout at 46 percent, electoral participation took a dip since last weekend, frustrating the left's hopes of rallying France's disenchanted.

Poor as the turnout may have been, it did not fall as low as in 2017, when French voters set a record 57 percent abstention rate.

This article has been translated from the original in French.